The many historic injustices of our country once again have a public face. Let us not think that these injustices only occur when a cell phone is present to film. Every day, our colleagues and students of color live in a world where they are either not noticed or mistreated to a point where they don’t feel safe.

The idea that any student on this campus would ever feel unsafe is devastating to me. It runs counter to who we profess to be as a community. There is racism in society and on our campus – that must be named. It is on all of our televisions now, but I have heard its impact firsthand in the voices of our students. It is incumbent on us to work every day to change the structures that allow it to persist.

We shared experiences last year with speakers, books, and events to help our community see how we fail one another, learn to do better, and understand what the world needs from us. As a community, we will continue to act in the year ahead to keep the realities of racism in the forefront of our learning and support of one another.

With this statement is the commitment to work towards continuing campus improvement. In concert with the staff and faculty members of the Diversity and Inclusion Council and the Office of the President, we will offer staff and faculty the opportunity to continue to work on doing better for our students and our colleagues in the classroom and outside of the classroom through reading and discussion groups this summer.

Even though we are not on campus together, we are always “on call” for you when you need us. Please reach out if you need support at 802-654-2000 and ask for the Dean on Call.  Additionally, I have connected with Margaret Bass, our interim director of CMAS, and we will be planning opportunities over the summer to come together virtually to support and connect with one another.   Margaret will be sending dates and times of these opportunities to you soon.

Be safe, be well,

This is not an exhaustive list of resources on racial justice but a few recommendations by members of the SMC Community, most notably from Professor Lorrie Smith, Ph.D. who has taught numerous English and American Studies courses on African-American and black authors over her 30+ year career. Two articles below highlight Fr. Maurice Ouellet, SSE ’48 and the Edmundites support of the black community in Selma during Bloody Sunday and the Civil Rights Movement. 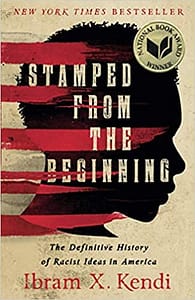 The Fire Next Time – James Baldwin

White Fragility: Why it’s so Hard for White People to Talk about Racism – Robin DiAngelo
(Read and discussed by members of the SMC Community in January/February 2020)

How to be Antiracist – Ibram X. Kendi

Stamped From the Beginning: The Definitive History of Racist Ideas in America – Ibram X. Kendi

Biased: Uncovering the Hidden Prejudice That Shapes What We See, Think and Do – Jennifer L. Eberhardt, Ph.D.

Just Mercy: A Story of Justice and Redemption – Bryan Stevenson
(a film adaptation was released in 2019)

The Warmth of Other Suns – Isabel Wilkerson

Between the World and Me, and We Were Eight Years in Power – Ta-Nehisi Coates

Slavery by Another Name – Douglas Blackmon

How to deconstruct racism, one headline at a time | Baratunde Thurston

The Urgency of Intersectionality | Kimberlé Crenshaw

“The 1619 Project” – A New York Times audio series, hosted by Nikole Hannah-Jones.
A critically acclaimed podcast on how slavery has transformed America, connecting past and present through the oldest form of storytelling.

“Seeing White.” Scene on Radio: Season 2, hosted by John Biewen of the Center for Documentary Studies at Duke University.
Just what is going on with white people? Police shootings of unarmed African Americans. Acts of domestic terrorism by white supremacists. The renewed embrace of raw, undisguised white-identity politics. Unending racial inequity in schools, housing, criminal justice, and hiring. Some of this feels new, but in truth it’s an old story.

“54 miles to freedom: Catholics were prominent in 1965 Selma march.”| Paul Murray, National Catholic Report (March 7, 2015).  This article details Fr. Ouellet’s (and the Edmundites) support of the black community in Selma and the prominent role they played during the Civil Rights Movement.

“45 years after march, Selma priest remembers Bloody Sunday.” | Robert Howell, CNN.com (March 8, 2010).  Another piece on Fr. Ouellet’s and the Edmundites impact during Bloody Sunday and the black community in Selma.

“75 Things White People Can Do for Racial Justice” –| Corinne Shutack

The 1619 Project (all the articles) | The New York Times Magazine

Seeing From The Heart, Josh Meyer

How to Make This Moment the Turning Point for Real Change, President Barack Obama, Medium

This is not an exhaustive list of resources on cultural education but a few recommendations by members of the SMC Community.

I Am Not Your Perfect Mexican Daughter – Erika Sánchez

In the Time of the Butterflies – Julia Alvarez

Not Quite Not White – Sharmila Sen

Mankiller: A Chief and Her People – Wilma Mankiller, Michael Wallis

Our History is the Future: Standing Rock Versus the Dakota Access Pipeline, and the Long Tradition of Indigenous Resistance – Nick Estes

Freedom is a Struggle – Angela Davis

How to Deconstruct Racism One Headline at a Time – Baratunde Thurston

How to overcome our bias? Walk Boldly Toward Them – Verna Myers

Harvest of Empire: The Untold Story of Latinos in America

Break it all: The History of Rock in Latin America