James Fallon ’69: Do what you love, learn from failures

In Career Conversation with students, high-achieving scientist and author shares life advice, including his own sometimes hard lessons absorbed during his Saint Michael's days 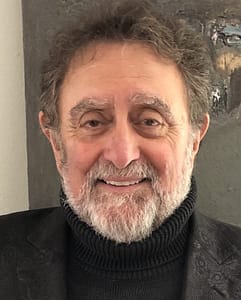 Although he might not have realized it at the time, Dr. James Fallon ’69 H’02, an award-winning scientist, scholar and internationally known expert on psychopaths and killers among countless other topics, was finding his path to success in the late 1960s by learning from mistakes and wise mentors at Saint Michael’s College who ranged from scientists to priests.

The personable, good-humored and brilliant scholar, a professor emeritus of anatomy & neurobiology and professor of psychiatry and human behavior at University of California Irvine, presented a late-afternoon Zoom talk primarily for Saint Michael’s science students on Monday, February 28, titled “From Immature Goof-ball to Award-winning Scientist.” Biology and neuroscience faculty led by Ruth Fabian-Fine along with Adam Weaver and Mark Lubkowitz arranged for and joined this offering, one in a series of campus Career Conversations.

Fallon was an open book about his life’s triumphs and challenges, so students learned about his complex brain chemistry that, by his own expert account, made him an immature narcissist with obsessive-compulsive disorder during his Saint Michael’s student days. He went off the rails a bit his senior year with too much partying and overconfidence, he said. Later in his career Fallon was to learn that a brain scan showed him to share many traits in his brain’s scan with psychopaths and killers, leading to wide public interest in his writings and presentations about how he came to terms with that self-knowledge and managed to stay on a most constructive professional path to contribute abundantly to society, always learning from mistakes.

Fallon sits on numerous corporate boards and national think tanks for science, biotechnology, the arts and the military, and consults with everybody from the pope on the topic of empathy to the Pentagon on Vladimir Putin and Ukraine. He is the chief scientific officer of Cognigenics, a gene editing firm developing brain enhancement technologies. He also is author of over 300 papers and books, including “The Psychopath Inside: a neuroscientist’s journey into the dark side of the brain,” which was an Amazon best seller.

After doing poorly as a Saint Michael’s senior, he said, “I had to reboot myself “ once he went on to further studies at Rensselaer Polytechnic Institute (RPI). He said being married with his first child shortly after graduation forced him to speed that process. A student later asked him the best advice he had gotten in his life, and he said it likely came from his mother and aunts who said, “Marry that girl!”

But other invaluable advice or experiences, he said, came from Saint Michael’s student days, including what was close to academic failure his senior year from his view as a lifetime all-A’s student who suddenly found himself getting C’s. “The point of the story is that if you fail, the failure is a great thing because then you say, OK, what have I done wrong – the old meme of failure being a great teacher can’t be overemphasized —  I got to say, ‘OK I screwed up, but got to learn from it.’”

He said he lost his focus after never having a C in his life – finding along the way that he did not have the aptitude in advanced mathematics and physics that he imagined he would. “I was full of myself and took too much while partying, so I let that go,” he said. “In many cases this will happen throughout your life since, if you’re not pushing the limits in some way, you’re not living.” He likened life to skiing: that is, if one is not falling down, one is not trying hard enough. Another failure that he turned into a positive was majorly blowing an answer to a graduate school interview — so he became one of the leading experts in that topic afterward to make up for it, leading to professional achievements that might not have come along otherwise.

He believes in the strength of broad liberal arts education since “you never know what is going to be important – you have to integrate what you learn.” He said through his life he kept with a childhood notion that appealed to him of being a generalist rather than a specialist, but each person must make that determination for oneself.

Professor Lubkowitz asked the speaker about the importance of relationships and collaborations in professional trajectories. Fallon said his own approach likely is more passive than many scholars who seek out specific people, since he personally finds that he “bounces around” from one person or topic to another that interests him, and the next great thing “has always come my way” without his actively seeking it out.

His interest and experience as an actor in early life including at Saint Michael’s helps him with podcasts today, he said. Lubkowitz said that one theme from the talk seemed to be that good work gets you more work, and Fallon agreed strongly, noting that “good work will get you great connections, and people will find you” no matter where you are working from, particularly now in the internet age.

Maggie King ‘22, a student participant, asked advice for graduating seniors. He said they definitely should talk a lot with faculty, particularly given his high regard for the ones on Monday’s Zoom. He reflects in retrospect that he should have done that himself given excellent faculty in his time too, but did not in his youthful hubris while a student.  His main advice seemed to be: “You’ve got to figure out, ‘what do I want to do every day for the rest of my life, whether or not I’m paid?”

Professor Fabian-Fine asked him about the importance in today’s world of studying abroad. He said he thinks it is always a good idea based on his experience as a longtime international traveler.   As far as the best advice he’d gotten, beyond “marry that girl,” Fallon recalled his Saint Michael’s biochemistry Professor John Hartnett ‘43, who shocked him one time when Fallon was “screwing around in class,” the professor using direct earthy language that informed Fallon in no uncertain terms about how little the student knew contrary to his own inflated self-opinion then. “I knew he was right — it was good advice,” the speaker said of his later realization.

He said a major positive take-away from his Saint Michael’s days and his OCD ways was his ability to take excellent precise and exhaustive notes – he still has them from classes to refer to all these years later, he said.

As an example of lessons learned in the full range of human experience at a Catholic liberal arts college,  Fallon said also was deeply grateful for a priest he knew at Saint Michael’s who showed great insight and kindness in understanding Fallon’s OCD.

The speaker, who now identifies as agnostic, described his own over-the-top, exacting scrupulosity in his zealous practice of what he misguidedly understood of Catholicism in his youth, fueled by his OCD.

“I was the Catholic Boy of the Year in New York, with a religiosity that believed I had to be perfect all the time – thank God I got rid of that — but I was very obsessed with religion when I was young. This particular Edmundite was a wonderful priest and professor — he taught religion and philosophy — and I told him my problem, and he said, ‘you don’t need to be here in the Catholic Church’ and gave me my last confession at 18 because he knew I was crazy with this obsession, since I had OCD. This was a wise man since he knew psychiatrically it was not helping me.”

He spoke a lot to the students about the great influence his family had on him, particularly the wise women like his mother and aunts who realized how his mind seemed to work instinctively even if they did not know clinical terms like OCD, and so kept him busy in his youth, which was a lifesaver. Asthma kept him out of the Vietnam War he said. “My allergic asthma saved me from probably getting killed,” he said. Some of his work now helps people with PTSD.

Moderator for most of the Zoom session was Professor Adam Weaver of biology, who has served as pre-med adviser at Saint Michael’s. Fallon told one student questioner that being a physician is very different from being a researcher, so he advised thinking carefully about whether they had the passion and personalities to meet the great demands of medicine while remaining effective and happy in the field, facing long days and a lot of “nasty stuff” and repetition. Many great people thrive on it he said, though it was not his niche, Fallon said he discovered.

Fallon said speaking to their professors was among the best things students could do. “Give them your fears and loves,” and seek their feedback and wisdom, he said. Students today also are lucky to have modern technology since YouTube has excellent presentations to help guide career choices, he said — something not available in his college days.  He told of his typical incredibly busy week even in retirement today since he is involved with studies on depression and anxiety, Alzheimer’s and other areas, while also working on film projects and consulting all over the world still. Primarily, though, he said, he values quality family time with his wife, children and grandchilden, fishing and good food and wine.

“The opportunities keep growing – it’s one reason to live longer,” he said. “Each day, you wonder, what is going to be next?!”