Part 2 in a series

Liberal arts colleges all over the country have been struggling to keep enrollment numbers up over the past few years, leading to a particular growing emphasis on definitive paths to careers. However, liberal arts colleges such as Saint Michael’s College prepare students not only with the knowledge they will need to apply in their eventual professional fields, but also with the important “soft skills” sought out by virtually every potential employer.

Professor Brian Collier of the Art & Design Department at Saint Michael’s College deemed the major to be one of the best examples of what a liberal arts education can offer. “Art is truly everywhere,” Collier said, “and so artists can go anywhere – as scientists, as economists, or as CEOs, as well as graphic designers and fine artists.” 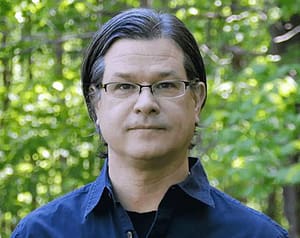 The art major provides students with a large range of interpersonal, professional, and expressive skills alongside the practical artistic expertise that comes with the area of study. Collier said senior art & design majors are set up for success through the department’s attention to their artistic abilities. Beyond that, though, he said, the major gives them a chance “to develop professional skills like creating art & design portfolios, writing resumes and cover letters for applications, creating project pitches and assembling a professional dossier that they can use to apply for a variety of opportunities right after they graduate.”

Collier emphasized the practicality of the art & design major for those who want to go into the creative professional world, but also noted that many of the facets of the art & design major are highly applicable to other areas. “Creativity is among the top five applied skills sought by business leaders,” Collier said, “We don’t just teach artists and designers the technical skills of making art, we teach them creative problem solving and independent thinking that will make them assets on any team.”

Anyone studying art & design at Saint Michael’s College sees and values the expertise behind their professors and the community that the major builds among its students. From artistic experimentation to professional exhibitions of their work, art & design students get to experience all aspects of the creative outlet that their major provides.

The theatre major at Saint Michael’s College provides its students with a unique application of everything that the liberal arts tout as a strength. Professors in the Theatre Department spoke about their experience in the theater as well as teaching Saint Michael’s students. The College’s renewed commitment to Purposeful Learning encourages students to pursue their purpose in life in order to achieve fulfillment and satisfaction through their academic process. (The use of the British spelling “Theatre” is common among professionals in the art or in academia, and so is used as the Saint Michael’s Department name and in titles, though Americans otherwise use the more common spelling “theater” in a general sense).

“One of the things about theater is it is where all the liberal arts get applied,” Professor John Devlin said. “Theater has been doing ‘purposeful learning’ since the fifth century BCE.” One of the requirements for theatre majors at Saint Michael’s College is that each student has to stage-manage, not only to increase their knowledge of the world of theater production, but also to grow in the field of applicable skills. The Theatre Department strives to set their students up for skills their areas of interest and in all facets of the professional and personal world around them.

“The storytelling aspect of [the theatre major] is so important,” Professor Peter Harrigan said, detailing areas such as journalism, sales, teaching, event planning and the law as fields to which many of Saint Michael’s theatre graduates enter. Devlin added that many graduates also go into “technical theater, stage production/management, acting, teaching, and project management.” Theatre majors are not restricted in their areas of study like many STEM/course-dense majors. Harrigan said he encourages many students to double major because of the ease with which students can arrange their academic schedules while studying theatre. “A lot of students [double major] in education,” Harrigan said, noting how the Education Department at Saint Michael’s College requires a double major in order to graduate.

However, students who choose to focus on only theatre in their studies are not missing out on core life skills in any way. “Theatre, above everything else, is a collaborative venture,” Devlin said, explaining that, due to the amount of people and moving parts there are to performances, everyone involved in theater is pushed to problem-solve, communicate effectively, and metabolize unfamiliarity or change well.

Harrigan’s favorite part of the Theatre Program at Saint Michael’s College is the close-knit community in which the professors and students get to know one another. “Because we’re small, we really can accommodate students’ interests to a larger extent [than big universities],” Harrigan said, “We can adapt courses and productions.” This is particularly welcoming to students who have minimal experience in the theater world before entering the program. “You don’t have to come with experience,” Devlin said. “We don’t have a proficiency standard,” Harrigan added, “and people with less experience can offer a fresh perspective, so ‘iffy’ experience is okay.”

The Theatre Department upholds much of the Edmundite tradition of Saint Michael’s College through its aspects of community service in that it brings the community together to entertain, teach, and expose people to new experiences. “Regardless of where you are in your [theatre] career, the stories you’re telling change,” Devlin said. “There’s no going on autopilot in the theatre.”

The English Department at Saint Michael’s College is full of the unfamiliar, even for those who grew up bookworms or writers. Chair of the English Department and Professor Nathaniel Lewis, a philosophical man of high regard in the eyes of many of his students and fellow staff, said, “I would not push the English major without a good reason. I would, though, encourage all students to consider humanities majors courses.” This is because of the foundational life skills English majors alongside other humanities majors gain throughout their studies.

“The humanities offer critical thinking, serious reflection, communication skills, and intellectual pleasure,” Lewis said. “Our language is endlessly figurative. So, an understanding of how language works is a pathway to negotiating reality itself.” Not only do English majors gain the skills to parse Professor Lewis’ philosophical takes on the field, but also get to delve deeper into critical theory and adjusted courses to student interests. English majors gain skills in their studies and gain highly applicable skills that can catapult them into exceptional careers.

“Law schools welcome English majors (who statistically do better than political science majors on the LSATs), as do design and advertising companies, marketing organizations, and so on. English majors have gone on to become Supreme Court Justices; doctors, surgeons and even a Nobel Laureate in Medicine; film and television actors; astronauts, prominent environmentalists, and scientists; musicians, artists, and activists; CEOs of major corporations; and even the Commissioner of Major League Baseball,” said Lewis, “Being an English major is well-proven pathway into the professional world.”