As sixth consecutive student from St. Mike's chapter to receive award, the senior business administration and sociology double-major from Maine will receive $1,000 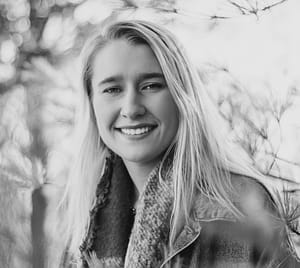 Nicole Anderson ’22 of Kittery Point, ME, a senior business administration and sociology double-major at Saint Michael’s College, is the sixth consecutive nominee from the College to receive a national scholarship from Sigma Beta Delta — the scholastic international honor society that recognizes academic achievement among students in the fields of business, management, and administration.

For her inductee biography for the campus Chapter’s April 16, 2021 synchronous video induction ceremony, Anderson stated: “The most meaningful aspect of attending Saint Michael’s has been creating relationships with professors and engaging with a wide range of subjects. This not only has allowed for personal growth but the ability to think critically about the world around me.”

The scholarship monetary award for Anderson as one of this year’s winners is $1,000. Each chapter may nominate one member annually to this competitive national scholarship program, said Steven Doyon ’88, instructor of business administration and accounting at Saint Michael’s and an adviser to the campus chapter. Up to 33 other scholarships were to be awarded internationally.

Along with her two majors, Anderson is completing a double minor in economics and art and graphic design. She also was a member of the Saint Michael’s Business Administration/Accounting student team for the 2020-21 CFA Institute Research Challenge intercollegiate competition.

Said Doyon, “Nicole is our Chapter’s first member to receive this award while still a full-time Saint Michael’s student, as she returns for 2021-22 to lead her women’s basketball team as a captain for a third consecutive season. Nicole is the Student-Athlete Advisory Committee (SAAC) diversity and inclusion chair in 2021-22, and has been active in Hope Happens Here, a campus group advocating for mental health awareness among students athletes.”

Doyon expressed special appreciation for his departmental colleague, Professor Karen Popovich, who was Anderson’s “faculty recommendation” writer for the scholarship application. “Congratulations to Nicole as well for representing herself, our BU/AC program, and Saint Michael’s College so well,” he said.