Faculty/staff bike enthusiasts enjoy healthy trips to, from, around campus 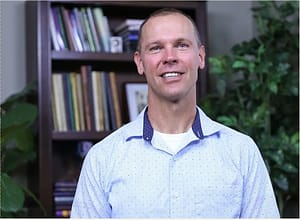 One recent morning, Mark Lubkowitz, professor of biology department chair, hopped on his bike, rolled onto his usual bike path, and began his 21.5-mile long commute to Saint Michael’s campus. During his commute, Lubkowitz said, the sun had just started to come up and the valley around the bike path was still completely foggy. He said he remembers seeing the sun bursting through the cedar trees.

“It’s just an absolutely gorgeous way to start my day,” said Lubkowitz. “I always see such remarkable things.” Often he sees foxes and he even recounts one time recently where he spooked a hawk who was hunting early in the morning.

The commute to campus by bike is a method of transportation that is growing in popularity at Saint Michael’s College. Often, students may see professors rolling their bikes into their offices or zipping by on campus to get from one building to the next.

Professor Lubkowitz provided this photo of a bike trail in Montana.

While the bike commute is a visually relaxing way to start his day, Lubkowitz also said that he enjoys the quietness of the commute. “It’s really stressful driving into work, but once I get on my bike trail, it’s just me and the trail.”

Lubkowitz is an avid biker and said that he likes to go “bike-packing” which is ultralight backpacking on a bike. He said he’ll often do 400 miles on a bike over the course of six days during an average “bike-packing” trip. Lubkowitz said that benefits such as carbon footprint and health are definitely a part of the conversation, but overall, he said, “I really just do it because I like it, it’s as simple as that.”

Many other professors share Lubkowitz’s appreciation for biking and even enjoy using their bikes around campus. Jeff Vincent, assistant dean of students and director of residence life and community standards, bikes to and around campus on his pedal-assist e-bike.

Electric bikes work by using an electric motor and battery to help riders power their bikes. On pedal assist e-bikes, the rider controls the amount of power the drive system provides and the assist only kicks in with pedaling. The motor amplifies the power behind each pedal stroke, providing a natural riding feeling.

“Part of my job, especially early on, is getting out and about on campus to meet students. So, I love riding my bike over to different residential areas and greeting students,” said Vincent.

Jeff Vincent with his e-bike in his campus office.

He said that he has always had a bike to use around campus, but during the height of COVID-19, he bought the e-bike so that he could travel farther distances. “I could go anywhere with my old bike but the e-bike has really made it so that I can go places I wouldn’t have been able to in the past,” said Vincent. “I’m able to make it to and from places much quicker than I used to on my old bike.”

Vincent also enjoys having his e-bike available on campus for breaks during the work. “Sometimes I’ll go across the street on the trails during the day for a quick break,” he said. “It really renews my day.”

Lubkowitz encourages colleagues who are considering purchasing a bike for their commute to keep a few notes of advice in mind: get the right clothes for the weather you’ll be traveling through, use reflection gear while traveling on a bike, and invest in a handlebar mirror. Lubkowitz said that reflection gear and a handlebar mirror have been more protective to him than a helmet, in his opinion.

Clay Williams, assistant professor of environmental studies and science, also commutes eight miles from Shelburne to Saint Michael’s. He recommends that anyone looking to commute by bike should remember the importance of regulating body temperature with the right clothing for the season they are biking in.

Williams said that he initially had a mountain bike, which was not the right fit for him. So, he encourages biking colleagues to do the research that will help them find the right bike for them and for their endeavors.

As Vincent said, “Biking around campus is something I love; it’s just pure enjoyment for me.”