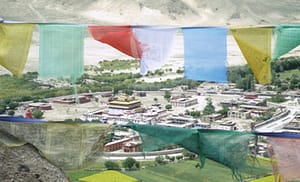 It is best to begin the study abroad planning and application process at least two semesters before going abroad. One semester is for researching study abroad options; the second is for preparing and submitting the required application materials.

Meet with your academic advisor

Make your decision based on academic and personal goals

There are a limited number of special scholarships available to support students who plan to study abroad. Most scholarships are competitive and application deadline dates are strictly followed.

Visit these sites to learn more about travelling abroad and your specific study abroad destination.

Welcome to our World News section! Here we provide links to news sources from around the globe! It is important to note that Saint Michael’s College does not agree with or condone the views presented in the news agencies listed below. We provide these links for informational purposes only.

AllAfrica.com – News about Africa
BBC News – Africa – The news organization’s African site
The North Africa Journal – Perspective and analysis on events in Northern Africa, focusing on business/economics
The Pan African News Agency – Daily coverage of news items from all over the continent
Alliance of Mediterranean News Agencies – News consortium from Europe, Asia and Africa with links to various countries.

BBC – Asia – News from the mainland and the Indian Subcontinent
Central Asian News – Weekly news from Uzbekistan to Kazakhstan
Alliance of Mediterranean News Agencies – News consortium from Europe, Asia and Africa with links to various countries.
EurasiaNet – News information and analysis about political, economic and social developments in Central Asia and the Caucasus

The Journal – Daily paper from Northern England
icLiverpool – Featuring news from the daily Liverpool Echo
This is Oxfodrshire – The Oxford area’s daily paper.
The London Gazette – The official newspaper of record in England.

The Avondhu Newspaper – News from the Cork, Limerick area
The Irish News – Latest Irish news and updates from around Ireland

What is study abroad (or study away)?

Undergraduate students can study in another country (or countries) for an academic year, a semester, during academic breaks (summer or winter) or with faculty on short-term programs. Students may also choose to study off-campus through the Washington Semester Program in Washington DC or the SEA Education program in Woods Hole, MA. Students generally study abroad (or away) on pre-approved programs organized by US-based organizations. These organizations arrange for classes, housing, meals, advising, and support services while the student is overseas. Students can take courses at colleges or universities, or participate in programs that offer credit-bearing experiential based learning opportunites.

How do I qualify to study abroad?

For semester or year-long programs applicants must have a 3.0 or greater cumulative GPA. Some programs require a higher GPA for admission. Students generally study abroad during their junior year, but seniors can also apply for consideration. GPA requirements for summer and short-term programs have individualized requirements. Students are encouraged to submit completed applications well before the published application deadline dates.

When do I begin planning and applying to study abroad?

Students interested in studying abroad should begin the planning process as early as possible – freshman year is a good time to start. An annual study abroad fair (on campus or virtual) offers an opportunity for freshmen to begin their search for programs that best meet their academic and personal needs. Academic planning and program research can be a complicated and time-consuming process, so students should allow ample time to speak with their academic advisors, meet with the study abroad director, and complete application materials. Fall semester applications are due in early February. Spring semester applications are due in early April.

Where can I go?

SMC students can participate in pre-approved programs in Latin America, the Caribbean, Western & Eastern Europe, Africa, the Middle East, Asia, Australia and New Zealand. There are also exciting programs based in the US.

What types of programs are there?

There are several types of study abroad options to choose from:

English-speaking universities. Choose from a wide selection of courses in different academic departments.

Universities in non-English speaking countries. Study the language of the host country (at any level of proficiency) and take content courses either in the target language or in English.

Internship Programs. Take courses and participate in a credit-bearing internship.

Experiential, field-based programs. Learn about a culture and learn a language while conducting an independent research project. Field-based programs offer a wide range of themes, including public health, gender studies, environmental and sustainability issues, peace and conflict, social justice, and globalization. Community-engaged learning programs are also available for students interested in participating in a service project while abroad.

How many credits do I earn?

Students typically earn 12-18 credits during a semester abroad. Transfer credits for study abroad are pre-approved through the Registrar’s Office and added to the St. Michael’s College student record after the student completes the program and an official transcript from the institution of record is received. Consistent with the College’s transfer credit policy, students must receive a grade of C- or higher (or equivalent in corresponding international grading system) in order for credit for study abroad coursework to transfer and count toward the St. Michael’s College degree. Study abroad grades are not calculated into a student’s SMC cumulative GPA. The number of credits earned for short-term programs may vary depending on length and content of the program.

How will I be charged for study abroad?

Students studying abroad for a semester will be charged the Saint Michael’s College’s tuition and activities fee for that semester. This fee will be posted to the student’s account and payment will be due two weeks prior to the start of the semester. Students are responsible for any charges above the SMC tuition and activities fee should the program partner’s tuition exceed that amount.

Students will not be charged SMC room and board, but will be responsible for payment of all charges associated with their study abroad program’s room and board. The program’s room charge, and in some cases board fees (including mandatory meal plans) will be posted to the student’s SMC student account after charges have been confirmed with the program partner.

Will I be able to use my financial aid awards toward study abroad?

Students who have been awarded institutional grants and scholarships (e.g. Book Award, President’s Scholarship) may apply 75% of the award(s) toward study abroad expenses for one semester. SMC scholarships do not apply for a second semester.

Students may use non-SMC financial aid for one or two semesters abroad. These funds include federal and state grants and loans. Work-study does not apply overseas. Some aid may be restricted.

Tuition exchange and tuition remission do not apply for study abroad.

Many programs offer need-based (and sometimes merit-based) scholarships to qualified applicants. Students are strongly encouraged to research these scholarships and submit applications when appropriate.

How can I get more information?

Students should make an appointment to meet with the Director of Study Abroad for academic and program advice prior to completing the SMC study abroad application.